At Cuba Dupa Performing Arts Festival Wellington 24-25th March 2016 2017 2018
Involved since 2016, and keeping true to our d-i-y home grown, low impact and reuse kaupapa, our Urban Garden is growing with the years.

2018  -  The Flourishing of the Urban Garden  -
Great Collaboration with Andreas Lepper to lead percussion workshops and
the D-I-Y Parade whilst we made Junk Instruments and Carnval Costumes.
Capital E made cardboard costumes and had Bloom out as well.
Curious Game wowed the crowds with Beattie truck as a backdrop,
and the Curbside Stage kept the tunes rolling.
The Urban Garden becomes an Oasis in the city.
Yes, it sure did rain on our parade, but we had fun anyway 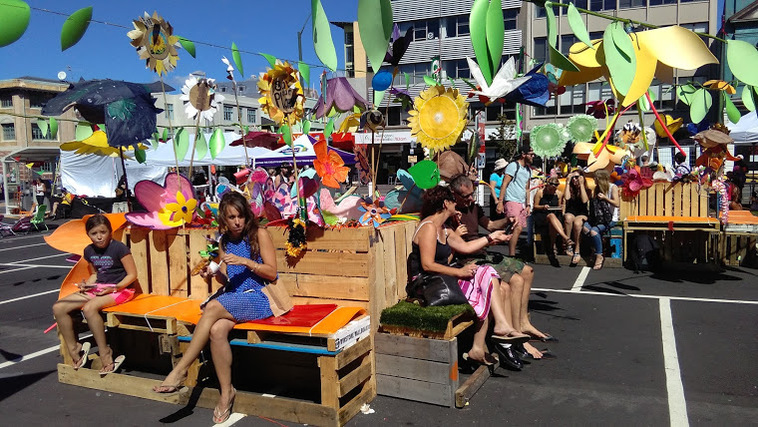 A Weekend Transformation of an Inner City car park into
an Urban Garden paradise for Cuba Dupa Festival, Wellington
March 20 and 21st 2016
Workshops were held during the week with members of the public and Clifton Terrace School at Thistle Hall, Cuba Street, and during Cuba Dupa Festival to help in the creation of anything and everything you could find in an Urban Garden, from grown and reuse recycle items. REACT installed everything overnight on Friday 19th March. 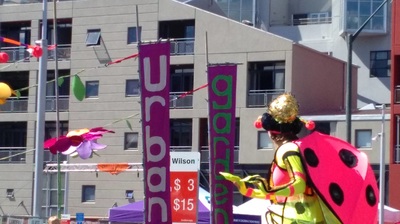 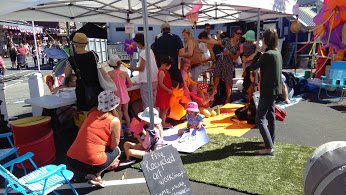 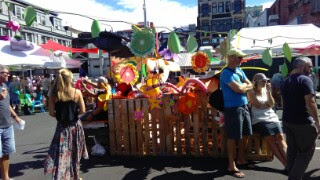 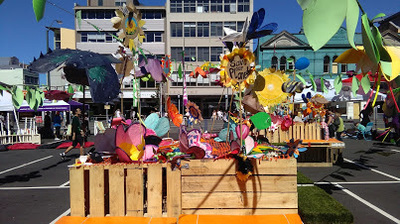 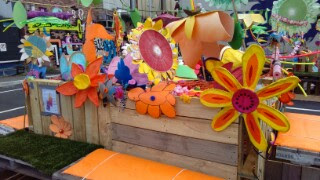 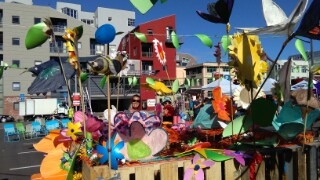 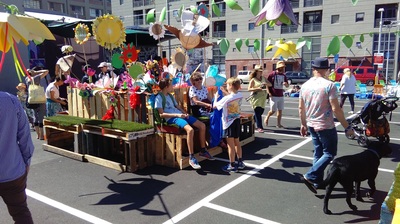 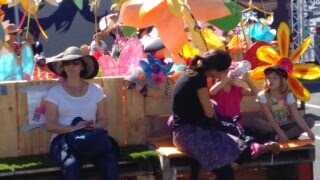 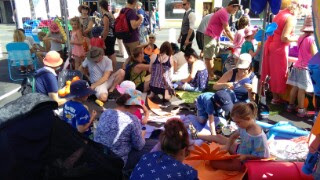 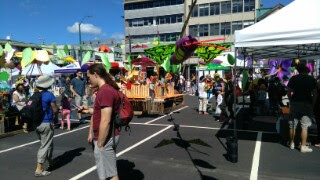 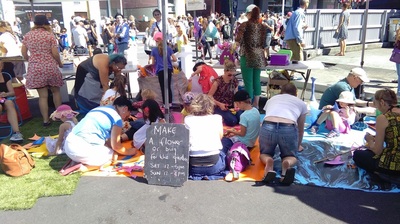 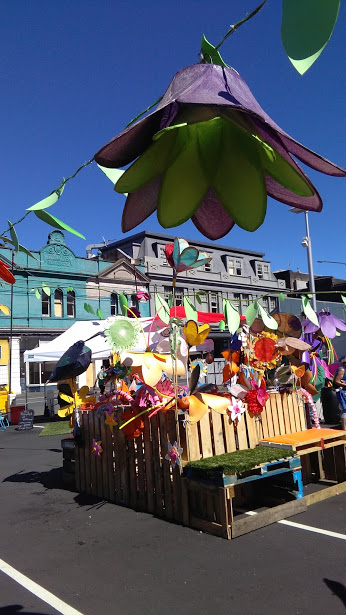 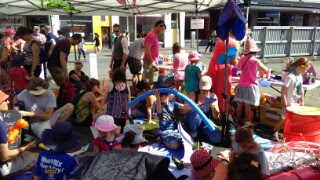 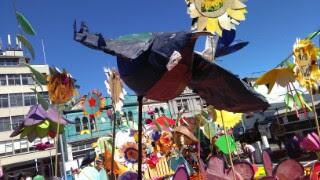 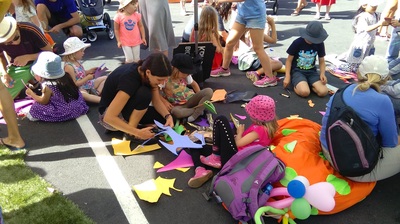 Made possible by funding from